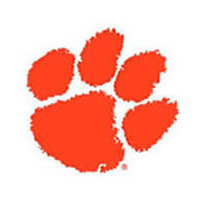 Hanover House was built in 1716 for French Huguenot Paul de St. Julien in Berkeley County, S.C. St. Julien honored his French heritage in the mortar of one chimney where he inscribed, “Peu a Peu,” from the French proverb, “Little by little the bird builds its nest.” The house remained in the St. Julien and Ravenel families for nearly 150 years. The Historic American Buildings Survey of the Santee-Cooper basin noted that Hanover was of national significance. Threatened with flooding by Lake Moultrie in 1941, Hanover was preserved at Clemson University, home to the state’s architecture school. It was relocated to the South Carolina Botanical Garden in 1994 and overlooks an heirloom vegetable garden.