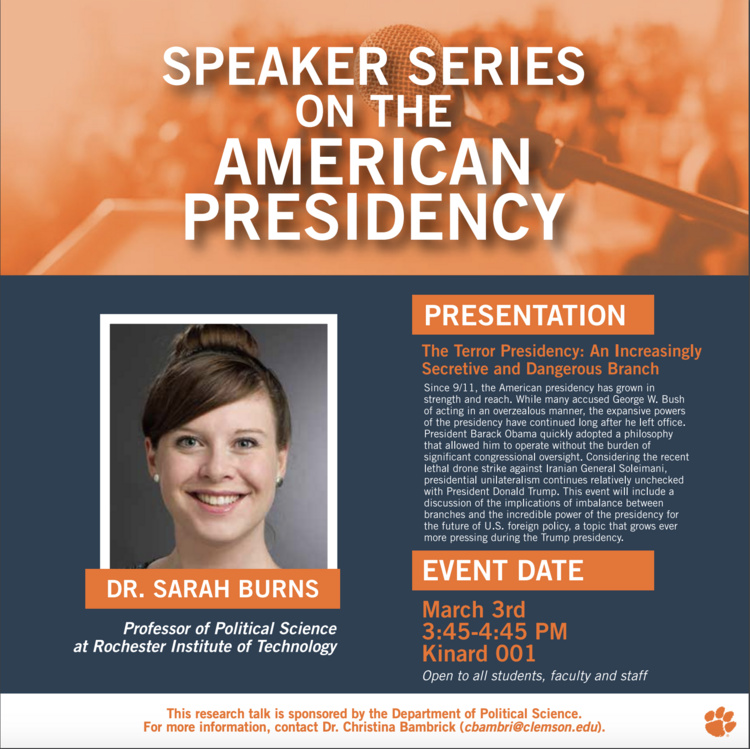 Since 9/11, the American presidency has grown in strength and reach. While many accused George W. Bush of acting in an overzealous manner, the expansive powers of the presidency have continued long after he left office. President Barack Obama quickly adopted a philosophy that allowed him to operate without the burden of significant congressional oversight. Considering the recent lethal drone strike against Iranian General Soleimani, presidential unilateralism continues relatively unchecked with President Donald Trump. This event will include a discussion of the implications of imbalance between branches and the incredible power of the presidency foer the future of U.S. foreign policy, a topic that grows ever more pressing during the Trump presidency.