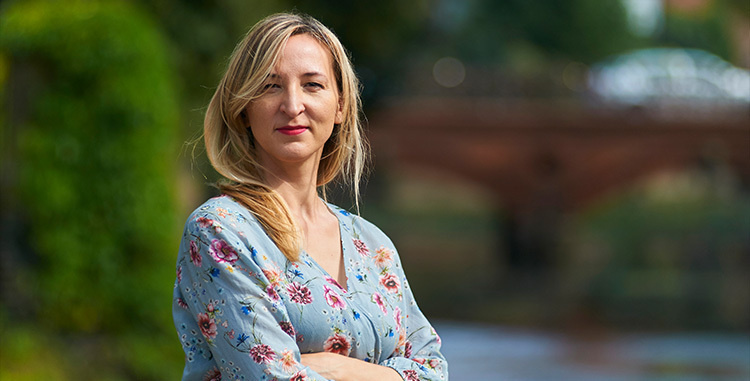 Anna Kasprzycka is a Polish carillonist and sound engineer. She is noted for performing world premieres of music by contemporary Polish composers, and is also active in attracting new audiences with mobile carillon performances ranging from tango to kid-friendly events with the circus and puppet theater. She has concertized throughout Poland, Germany, Belgium, the Netherlands, Denmark, Ireland, Great Britain, France, the United States, Israel, Spain, Ukraine, and Russia, and has recorded for television and CDs.

In 2017, Kasprzycka was a Carillon Fellow at Bok Tower Gardens, Florida, pursuing research on the first Polish compositions for carillon, written by Jerzy Bojanowski. She won second prize in the 2014 carillon competition in Saint-Amand-les-Eaux (France), and third prize at the 2013 International Duet Carillon Contest in Zwolle (the Netherlands). She is the recipient of the Erasmus/Socrates Scholarship and cultural scholarships from the Mayor of Gdańsk and the Adam Mickiewicz Institute. She studied carillon in Poland with Gert Oldenbeuving in Gdańsk, and with Carl van Eyndhoven, Geert D'hollander, and Eddy Mariën in Belgium, with additional study in Leuven, Amersfoort, and Middelburg. In 2014, she was the first Polish carillonist to graduate summa cum laude from the Royal Carillon School ‘Jef Denyn’ in Mechelen, Belgium. She has served as editor-in-chief of Carillon News, the journal of the Polish Carillon Society, since 2013.

College of Architecture, Arts and Humanities, Brooks Center for the Performing Arts