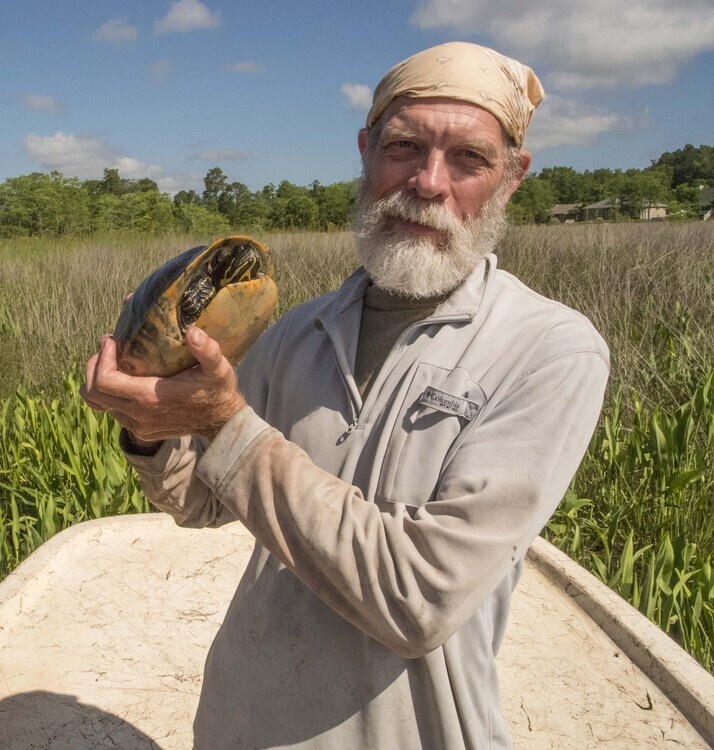 Jim Godwin received a MS in zoology under Dr. Robert Mount at Auburn University and spent time in Texas and Florida before returning to Alabama to join the Alabama Natural Heritage Program as the Aquatic Zoologist, a position held since 1992. The ALNHP began under The Nature Conservancy and transferred to Auburn University in 2006, where it is now housed in the Museum of Natural History. Most of Jim’s time is spent on surveys, invento-
ries, and monitoring of imperiled aquatic species. Having also worked with freshwater mussels, snails, and fish, Jim’s true interest and expertise is with amphibians and reptiles, particularly freshwater turtles.