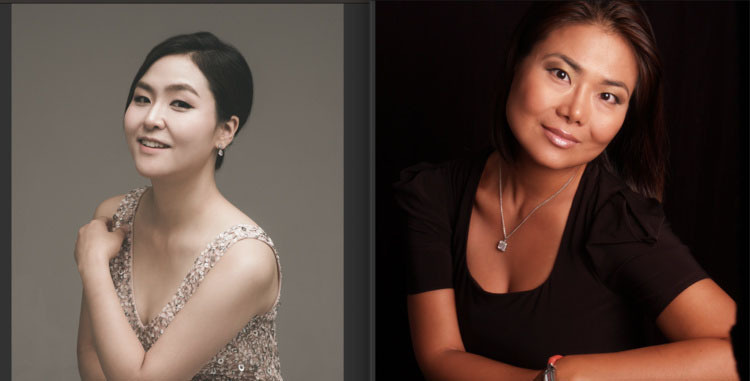 A Steinway Artist, Dr. Joanna Kim is known for her “Charismatic stage presence with ability to engage the audience.” Joanna Kim began her piano studies at age four. Immediately advancing in her abilities, Joanna presented her first recital at age seven and won first prize for the National Young Artists’ Competition at age nine. She moved to Sydney, Australia in 1994 and attended prestigious St. Scholarstica’s College where she studied with Elizabeth Powell at the Sydney Conservatorium of Music at the University of Sydney. The same year, Joanna was chosen as the winner of the Chopin Nocturne Division of the McDonald’s Young Artist Festival in Sydney. Shortly thereafter, she received an Honorable Mention and was selected as a National Finalist for the Yamaha High School Piano Competition. Upon receiving a prestigious Herman Godes scholarship from West Virginia University, Joanna moved to the United States to continue her piano studies under the guidance of Dr. James Miltenberger. While at WVU, she was named a state winner for three consecutive years and received an Honorary Performance Diploma from the West Virginia University. She then continued her musical education at the University of Georgian where she studied with Dr. Evgeny Rivkin. Joanna received her Master’s & Doctoral degree from the University of Georgia, majoring in Piano Performance, minoring in Vocal Performance & Collaborative Musical Art.

College of Architecture, Arts and Humanities, Brooks Center for the Performing Arts