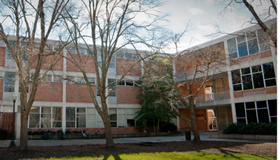 Towards Quantum Computing with Blochnium Qubit

Abstract: The non-dissipative non-linearity of the Josephson effect enables the design of artificial atoms with macroscopic superconducting circuits. These artificial atoms are among the leading qubit platforms for quantum computations. There exist three fundamental types of superconducting qubits that are characterized by the distinct quantum dynamics of the Cooper pair condensate: single charge tunneling (in charge qubits), single flux tunneling (in flux qubits), and phase oscillations (in phase and transmon qubits). In the talk, I will introduce the missing qubit type that exploits the insulating state of a Josephson junction in the complementary regime of quasicharge oscillations. To enter this regime, a weak Josephson junction must be shunted with an exceptionally high-value inductance to enhance phase fluctuations. However, as the inductance of any real-world inductor increases, so does the parasitic capacitance due to the spatial extension of the inductor. The distributed nature of parasitic capacitance leads to an ultrastrong coupling of the parasitic modes to the qubit degree of freedom. Nevertheless, the adverse effects of the parasitic modes can be mitigated by releasing the qubit circuit off the substrate. In the suspended qubit circuit, the insulating state reveals itself as the vanishing flux-sensitivity of the qubit transition between the ground and the first excited states. I will conclude the talk with a discussion of possible applications.