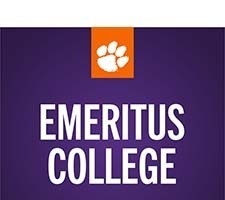 Normandy - A Tour by Dr. Bill Sringer, Professor Emeritus of Agronomy and Soils

In Bill’s own words:  “I just returned from my fifth trip to Normandy. Why the fixation with Normandy?  My father’s first airfield in WWII Europe (9th US Army Air Force)  was just back of Utah Beach, and he was willing to talk about it because he was ground crew and not a fighter-bomber pilot.

I have walked over modern farmland that was his airstrip in August 1944.  I saw The Longest Day movie.  I watched Band of Brothers and Saving Private Ryan.   I  have a friend whose father was a 9th USAAF fighter-bomber pilot and was shot down in Normandy and held as a POW for the rest of the War.  My friend and I  spent 16 days in June walking in our fathers’ footsteps.” Join us to learn more about their most recent trip.

Please contact the Emeritus College (emerituscollege@clemson.edu) for the Zoom link for the program. Thank you.