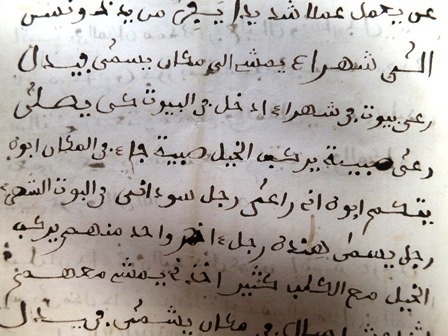 “My Name is Omar: A Life in the Struggle for Liberation”

A "Race and the University" Event

This exhibit features rare 19th-century documents written by and about Omar Ibn Said, a West African Muslim and Arabic scholar who escaped from slavery in South Carolina in 1810 and was recaptured in North Carolina and eventually owned by General James Owen of Bladen County, NC.

Ibn Said gained some acclaim after writing an autobiographical narrative and other texts in Arabic, but he remained enslaved until his death in 1864. The manuscripts in this exhibit illuminate the neglected story of African Muslims who were forced into slavery and complicate our understanding of how the institution of slavery developed in the Americas.