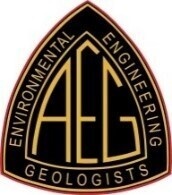 The Appalachian region is characterized by steep slopes, shallow surficial soils, and high-intensity rain events. These factors make it one of the most naturally landslide-prone areas and has one of the highest incidences of landslides in the United States. Besides the obvious threat to safety, landslides pose a threat to the infrastructure that supports the populations of this and surrounding regions, such as electrical transmission lines that often traverse some of the most remote, steep, and landslide-prone terrain throughout the region.  Nate’s talk will walk through the phased approach he used for landslide projects from the initial collection of data and observations through the construction of engineered mitigation.

Nate’s Biography:  Nate has 14 years of experience in environmental and engineering geology. Nate is involved in many aspects of geologic and geotechnical engineering projects, including site characterization, foundation design and construction, soil/rock slope risk assessments, and landslide mitigation. He specializes in project management and construction oversight for projects related to foundation construction, ground improvement, mine subsidence, and slope stabilization. Nate also serves as his company’s Power Delivery Market Coordinator for the Eastern United States.

Department of Environmental Engineering and Earth Sciences and

Travel on Calhoun Drive for 0.07 mi