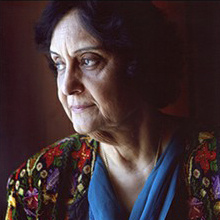 Freeing Islam from Traditionalism: The Role of Women in Qur’an, Shari’ah Law and Other Misconceptions

This program is free and open to the public. During her 33-year career in Arts & Sciences, Professor Emerita Riffat Hassan from the University of Louisville, an internationally acclaimed religious scholar and activist, taught generations of students about Islam and articulated a progressive understanding of the religion that influenced Muslims around the world. Her work after the September 11, 2001 terrorist attacks is credited with building bridges between the US and the Muslim world. She is one of the pioneers of feminist theology in the context of the Islamic tradition – an area in which she has been engaged since 1974.  She has also been extensively involved in interreligious dialogue with Jews, Christians and Muslims, with a particular focus on Human Rights in Religious Traditions.