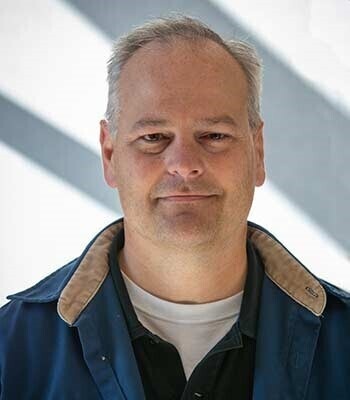 New PV technologies should have the potential not only to reduce module costs, but also to achieve power conversion efficiencies beyond ~33%.  Charge carriers with excess kinetic energy (hot-carriers) are generated when a semiconductor absorbs photons with energy larger than that of the band gap.  In a typical semiconductor, the excess kinetic energy is quickly dissipated as hot carriers lose excess energy by heating the lattice and this process accounts for ~50% of the free-energy loss in current solar energy conversion strategies.  Gaining control and preventing such thermalization could result in a doubling of the limiting efficiencies (33% to 66%).  Approaches to circumvent this loss include, generating multiple carriers per absorbed high-energy photon (MEG) and extract those carriers prior to cooling (hot-carrier solar cells). We study MEG in quantum-confined semiconductors and show that for both solar cells and photo electrochemical (PEC) cells that produce hydrogen (H2) that multiple carriers per photon can be harvested when the photon energy is larger than about 3 times the semiconductor band gap. Heterostructured quantum systems allow for a greater control of the carrier dynamics and result in an increase in the MEG efficiency.

Lead-iodide perovskites are emerging as promising light absorbers for solution-processed thin-film photovoltaic applications.  We have used time-resolved transient spectroscopies to better understand both bulk carrier dynamical processes as well as the surface carrier dynamics. Transient absorbance measurements are employed to monitor bulk or total carrier dynamics while transient reflection spectroscopies are employed to monitor the surface carrier dynamics.  In the presentation I will discuss the optical signatures of non-thermalized free-carriers and excitons. We find an efficient hot-phonon bottleneck in thin films of methyl ammoninum Pb-iodide perovskite that occurs at 1 order of magnitude lower carrier density and produces a slowing of hot-carrier relaxation by three orders of magnitude.  Recently, we employed transient reflection spectroscopy, to study the surface carrier dynamics in methylammonium lead iodide perovskite single crystals and polycrystalline films. We find that the surface recombination velocity (SRV) in polycrystalline films is nearly an order of magnitude smaller than that in single crystals, likely due to unintended surface passivation of the films during synthesis. In spite of the low SRV, surface recombination limits the total carrier lifetime in polycrystalline thin films, meaning that recombination inside grains and at grain boundaries is less important than top and bottom surface recombination.

Matthew Beard received a Ph.D. degree in Physical Chemistry from Yale University in 2002 and joined the Chemical and Biosciences Center at NREL in 2003.  He currently serves as the director of the Center for Hybrid Organic Inorganic Semiconductors for Energy (CHOISE) an Energy Research Frontier Center funded by the Office of Science with the Department of Energy.   His research interest spans a large range of important physical chemistry problems relating to photoconversion. This includes charge transport in nanoparticle arrays and organic semiconductors, charge and energy transfer, and size-dependent phenomena in quantum-sized materials, hot-carrier phenomenon such as multiple exciton generation, hot-phonon bottleneck and phonon bottlenecks. Surface carrier dynamics and surface chemical reactions.  He is currently investigating carrier generation and charge transport in assemblies of semiconductor nanocrystals, perovskite absorber layers as well as developing spectroscopic probes of surface and interfacial carrier dynamics.

College of Science, Physics and Astronomy, College of Engineering, Computing and Applied Sciences