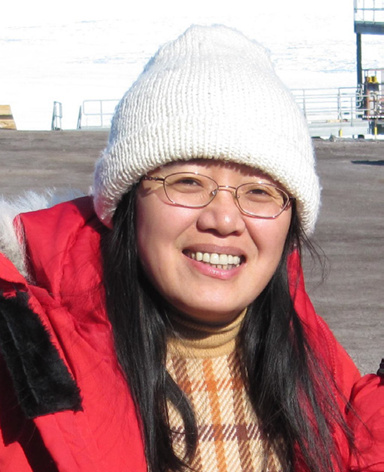 Unlocking the Mysteries in Antarctica with Laser Spectroscopy in Space

Abstract:  With advanced resonance-fluorescence Boltzmann and Doppler lidar technologies, the University of Colorado Boulder lidar group has been conducting observations of the atmosphere and space all year round at McMurdo Station in Antarctica for nearly a decade, since December 2010. Numerous discoveries have been made in the Antarctic physics, chemistry, atmosphere-space coupling, and wave dynamics, and the team is working hard to unlock more mysteries concerning the global coupling and dynamics. Besides introducing the laser spectroscopy in space, we will present this legendary lidar campaign and discuss why we would like to continue the lidar campaign through at least a solar cycle.

Bio:  Dr. Xinzhao Chu is a Professor in Smead Aerospace Engineering Sciences and a Fellow of the Cooperative Institute for Research in Environmental Sciences, University of Colorado Boulder (CU-Boulder). She received her BS and PhD degrees in Physics and Electrical Engineering from Peking University in 1991 and 1996, all in the areas of atomic physics, laser spectroscopy, and quantum electronics. Dr. Chu spent a year at Mainz University, Germany and 8 years at the University of Illinois at Urbana-Champaign on research before she joined CU-Boulder. Her research group explores advanced spectroscopy principles, develops new lidar technologies, and studies the fundamental physical and chemical processes that govern the structures and dynamics of the Earth’s atmosphere and space. One of her masterpieces was the North Pole to the South Pole (pole-to-pole) lidar observations of the middle and upper atmosphere. Since 2010, Professor Chu has been sending students and researchers to Antarctica for lidar observational campaigns. Many of them braved through the harsh Antarctic winters, and gained the opportunity to witness world wonders.