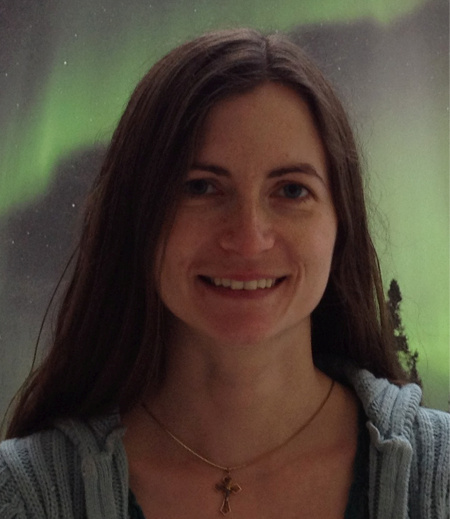 identifying the role of aurora in emptying the radiation belts

Abstract: Pulsating aurora is known as the highest energy aurora. Like other auroras, it is caused by electrons streaming down from the Earth's magnetosphere into the upper atmosphere. This process results in light being emitted by the local gases. The magnetospheric electrons creating pulsating aurora have higher energies than those causing other types of aurora. Some of these particles may even originate in the Earth's radiation belts, contributing to the loss of radiation belt electrons to the upper atmosphere. Because pulsating aurora is one of the most commonly occurring types of aurora, developing on more than half of all nights, it could play an important role in emptying these radiation belt particles from the magnetosphere. Conveniently, in addition to its frequent occurrence, pulsating aurora is easily recognizable because it has a very distinctive appearance with many patches that independently blink on and off with their own frequencies and phases. Therefore, it is a relatively easy phenomenon to target with scientific payloads launched on sounding rockets. This presentation will discuss the LAMP sounding rocket mission and how it seeks to answer the question of if/how pulsating aurora plays a role in emptying the radiation belts.

Bio : Dr. Sarah Jones obtained her BA in Physics in 2004 from Dartmouth College and her PhD in Physics in 2010 from University of New Hampshire. As a graduate research assistant, she was involved in four sounding rocket missions including Rocket Observations of Pulsating Aurora as part of her doctoral dissertation. She joined the Heliophysics Science Division at NASA Goddard Space Flight Center as a research astrophysicist in 2010, where she develops instrumentation to study thermosphere-ionosphere coupling and the aurora and airglow from sounding rockets and small satellites. She is the instrument lead for the Ion and Neutral Mass Spectrometer for the PetitSat CubeSat mission and is the PI of the Loss through Auroral Microburst Precipitation sounding rocket mission. She is also the Mission Scientist for NASA’s Global-scale Observations of the Limb and Disk mission.