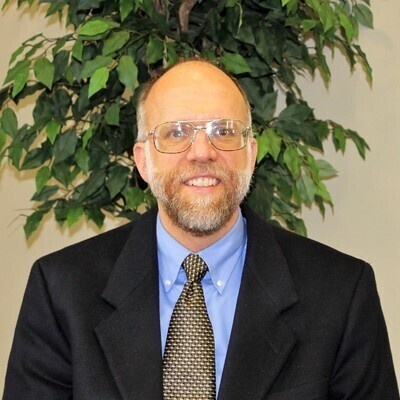 Abstract: Photodetachment is a process by which a negative ion absorbs one or more photons and as a result ejects its extra electron. Studies of photodetachment, both theoretical and experimental, give insight into the mechanisms responsible for covalent bonds as well as insight into photoionization of neutral atoms. Photodetachment studies are of broader interest to both physical chemists and atmospheric scientists. In this talk I will describe some of the fundamentals of photodetachment and then share results from several experiments we have conducted at Davidson College. The ions are produced by dissociative attachment to a carrier gas and are stored in a Penning ion trap. The ions are then typically illuminated with a continuously tunable single-mode laser. By measuring the percentage of ions surviving laser illumination we determine the relative detachment cross section. Structure in the cross section is understood to result from quantum mechanical interference of the outgoing electron wave function, and yields valuable spectroscopic benchmarks.

Bio : John Yukich is Associate Professor of Physics at Davidson College. He is a native of Oberlin, Ohio, where he was first inspired to study physics and mathematics. John studied both subjects at Kenyon College, where he was inspired by outstanding faculty mentors to pursue research and teaching at a liberal arts college. John graduated from Kenyon in 1990 and then studied atomic, molecular and optical (AMO) physics under Daniel Larson at the University of Virginia, completing his PhD in 1995. John continued research at the University of Michigan as a post doc with Philip Bucksbaum from 1996 to 1998. In 1998 John joined the physics faculty at Davidson, where he was named the John D. and Catherine T. MacArthur Assistant Professor in 1999.  As a faculty member of a small liberal arts college, John’s first priority is excellence in teaching. John particularly enjoys teaching quantum mechanics, electromagnetism and thermal physics, but he also enjoys upper-division laboratory teaching. A close second priority is fundamental research in AMO physics. John’s work focuses on the dynamics of photodetachment from negative ions. Using a Penning ion trap and single-mode tunable lasers, John and his students conduct spectroscopy from numerous species of single-atom and molecular negative ions. Such work helps to inform other areas of AMO physics, especially the effects of electron correlations. John has engaged sixteen Davidson College students in this work, publishing results from multiple experiments in Physical Review.  While a student at Kenyon College and the University of Virginia, John was inspired by classmates to consider applications of physics to biology. A grant from the Duke Foundation to his department in 2003 allowed John to do just that. John has collaborated with several Davidson colleagues in biology, and recently also in chemistry, and involving four Davidson bio-physics majors. This joint work has used optical tweezers to study mechanical properties of the unicellular green alga Chlamydomonas reinhardtii, with results published in the Journal of Cell Motility and the Cytoskeleton.  John enjoys spending time with his wife of 25 years, Shirley, and their four children: Peter (23), Paul (22), Mary (20) and Thomas (17). He also spends a large portion of each week with his extended church family and in Bible study. In his spare time, he enjoys running, biking, back-packing, and camping as well as carpentry.