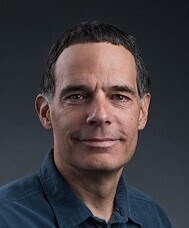 A Link between Atomic Physics and Gravitational Wave Spectroscopy

Abstract: Neutron star mergers are promising candidates for the observation of an electromagnetic (EM) signal coincident with gravitational waves.  The recent observation of GW170817 [1] appears to be such an event, with gravitational waves confirmed by subsequent EM signals ranging from the infrared to x-ray portions of the spectrum. The properties of the ejecta produced during these events are predicted to play an important role in the electromagnetic transients called macronovae or kilonovae. Characteristics of the ejecta include large velocity gradients and the presence of heavy r-process elements, which pose significant challenges to the accurate calculation of radiative opacities and radiation transport. For example, these opacities include a dense forest of bound-bound features arising from near-neutral lanthanide and actinide elements. We use the Los Alamos suite of atomic physics and plasma modeling codes [2] to investigate the use of detailed, fine-structure opacities [3] to model the EM emission from kilonovae. Our simulations [4] predict emission in a range of EM bands, depending on issues such as the presence of winds, elemental composition, and viewing angle. This talk emphasizes various atomic-physics aspects of the spectral modeling of neutron star mergers.

Bio : Chris Fontes received his B.S. in Physics in 1987 from Rensselaer Polytechnic Institute (RPI) and his Ph.D. in Theoretical Relativistic Atomic Physics in 1992 from the Pennsylvania State University. He has been employed at Los Alamos National Laboratory (LANL) since 1992, first as a postdoc in the Theoretical Division and then as a staff member in the Computational Physics Division (formerly, the Applied Physics Division) starting in 1994. His areas of expertise include the theory and calculation of fundamental atomic physics data (e.g. atomic structure, cross sections, etc.), and their use in plasma kinetics and spectral modeling simulations.  He is a primary author of the Los Alamos suite of relativistic modeling codes, which has been developed over the past couple of decades to model a wide range of plasmas. Applications include the modeling of low-density (astrophysical), mid-density (magnetic fusion), and high-density (inertial confinement fusion) plasmas. In 2017, he became a fellow of the American Physical society for contributions to a broad range of physics problems including nuclear fusion, laboratory experiment and astrophysics.  He is currently the chair of the LANL Postdoc Committee.  On a more personal note, Chris has been playing the sport of ultimate frisbee for more than 30 years, traveling around the world to chase 175 grams of plastic wherever there's a game to be had.